We mine China clay in various areas of Pakistan under partnership of local license holders or landowners, exporting both in lump form and in refined powder form.The chemical formula for Kaolinite as used in mineralogy is Al2Si2O5(OH)4, however, in ceramics applications the formula is typically written in terms of oxides, thus the formula for Kaolinite is Al2O3·2SiO2·2H2O. China clay is one of the purest of the clays, composed chiefly of the mineral Kaolin usually formed when granite is changed by hydrothermal metamorphism. China clays have long been used in the ceramic industry, especially in fine porcelains, because it can be easily molded, have a fine texture, and are white when fired. These clays are also used as filler in making paper. China clay occurs in the deposits in the form of china clay rock, a mixture of up to 15 per cent china clay and up to 10 per cent mica, and the remainder being quartz. The clay itself varies considerably from pit to pit. 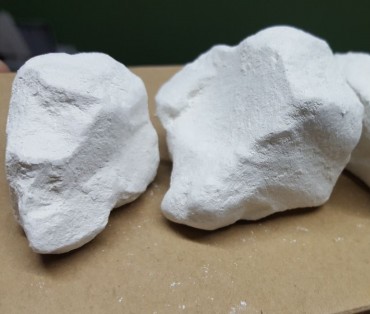 Reservoirs of Talc are available in Northern areas of Pakistan where we work with our Chinese associates for mining different types in various regions. We export talc lump to China, Korea, Austria and Italy regularly through Karachi port where the stocks are transported from mines and loaded on 20ft containers after sorting and inspection. Talc or talcum is a clay mineral composed of hydrated magnesium silicate with the chemical formula H2Mg3(SiO3)4 or Mg3Si4O10(OH)2. Talc is a versatile mineral, widely used in various industrial applications. The nature of deposit, formation of talc is the index of its chemical purity, particle shape and other physical features. Talc possesses some unique and unusual properties, which makes it ideal for its multiple uses. No other mineral other than talc possesses such combination of intrinsic properties. The important properties of Talc are its chemical inertness, high dielectric strength, high thermal conductivity, low electrical conductivity and Oil & Grease absorption. 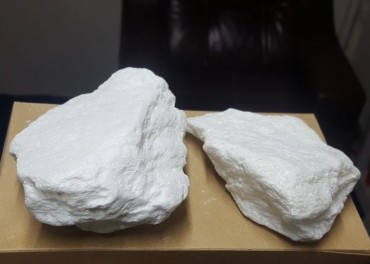 Grey talc, is widely used in ceramic industry. We have one of the largest chain of sources in Northern Pakistan, with capability of producing over 1000 ton per week output. We export the Grey Talc to China, Korea, Africa and United Arab Emirates. 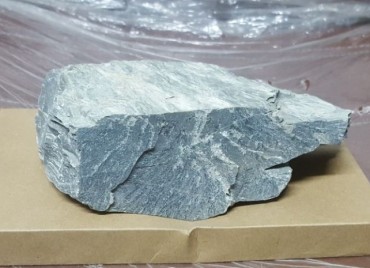